When the 1973 Gottlieb Big Indian pinball was first conceived, it’s original name was the slightly derogatory “Big Injun”. Gottlieb made a few sample games with this backglass, and after receiving a concerned complaint from a distributor, changed the game’s name to “Big Indian” instead. That said, this customer had an original “Big Indian” backglass that needed restoration (badly! as you can see in the picture below), but wanted the game name changed to the sample game’s title. No problem, we do just that kind of work, as you can see in the pictures below. (Also check out the two player format of this game’s restoration, Big Brave.) 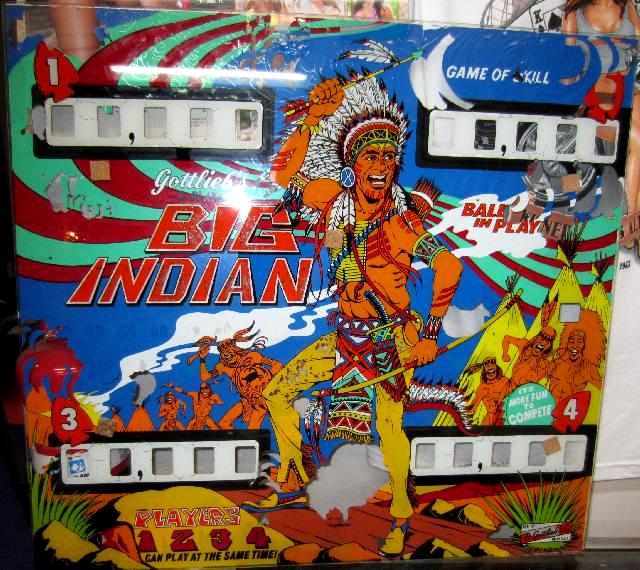 The first trick was to get the original glass scanned. This was more difficult that it appears, as the glass was falling apart in our hands! When the glass first came in, it wasn’t quite this bad. Just handling it was making things worse. So we did the scan quickly to save as much of the original artwork as possible. After considerable work on the computer, the result is below (with the name changed to “Big Injun.” 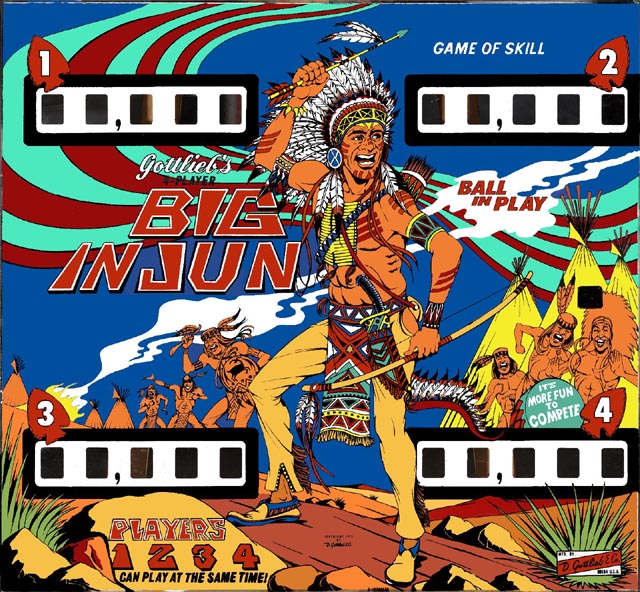 Of course we also did the released variant of this glass too, as “Big Indian.” 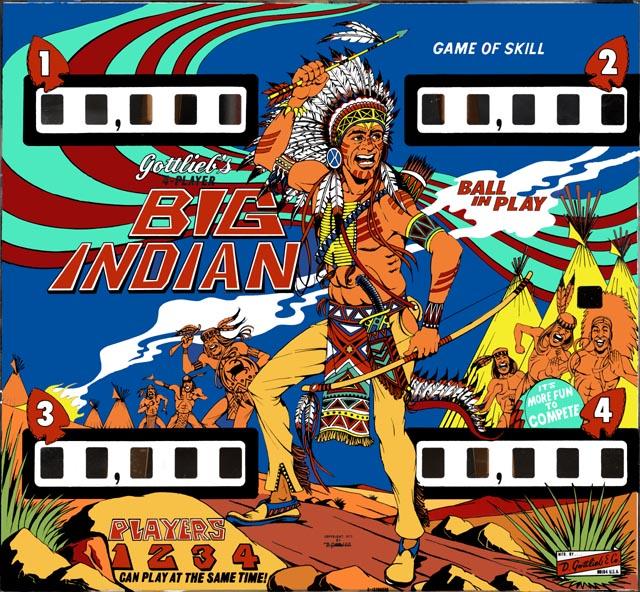