The 1967 Williams Beat Time pinball had some unique feature. Nothing really amazing, except for the obvious reference to the iconic rock band, the Beatles. Since it’s an unlicensed theme, Williams changed the name to “the Bootles”, but the link to the Beatles is obvious. So when this glass came in for restoration, we thought we’d have some fun with it. We did the to-the-note restoration, but also turned the dial up a bit, and made a second restoration that followed the Beatles theme a bit more closely. Herb Silvers did this a while back too, so why not try it? The idea is to change the artwork from the Bootles to the Beatles, and use the Beatles cartoon artwork to replace the original Jerry Kelley faces. (The Beatles cartoon aired on TV from 1965 to 1967.) Other changes were made too like “Luv Dingo” became “Luv Ringo”, and changed Paul’s left handed instrument to 4 strings (instead of 6 strings on the original glass.)

Here’s the original Beat Time glass that we restored, as shoot by the owner of the game. You can see significant flaking in the Bootles’ faces. Also the girl’s legs at the bottom right were badly flaked too. 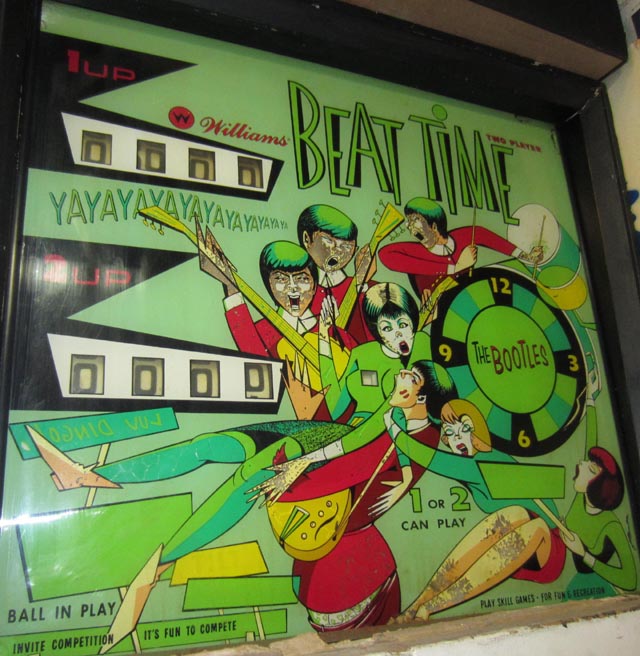 Here’s the front side of the restored Bootles Beat Time. 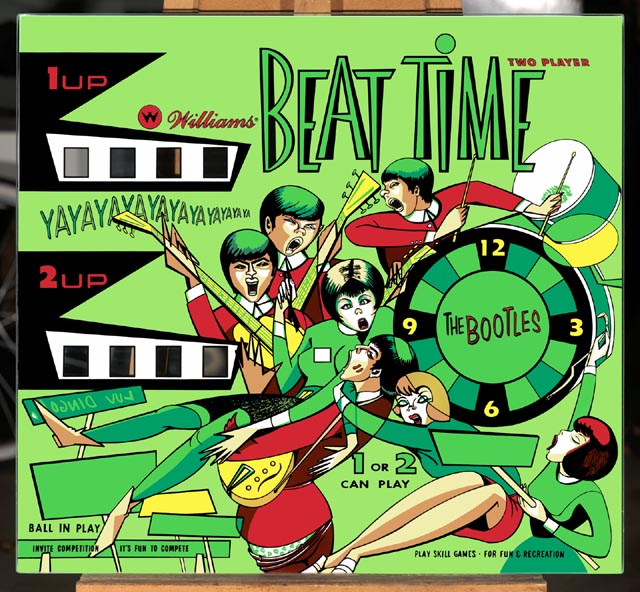 Here’s the artwork conversion from “the Bootles” to “the Beatles.” When Herb Silves did this he changed the background colors to a light blue instead of green – we kept the original colors for our version. Note we’re not convinced the Beatles conversion was the right thing to do – the mix of Jerry Kelley artwork with the cartoon artwork is a bit bizarre, but hey it was fun doing it! 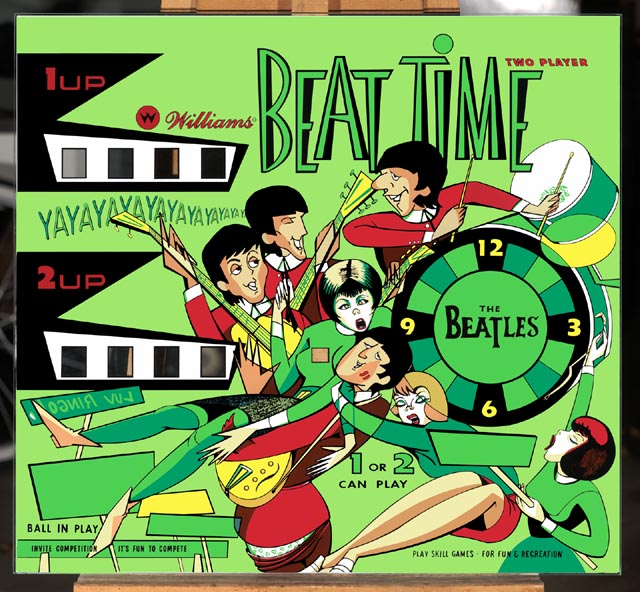 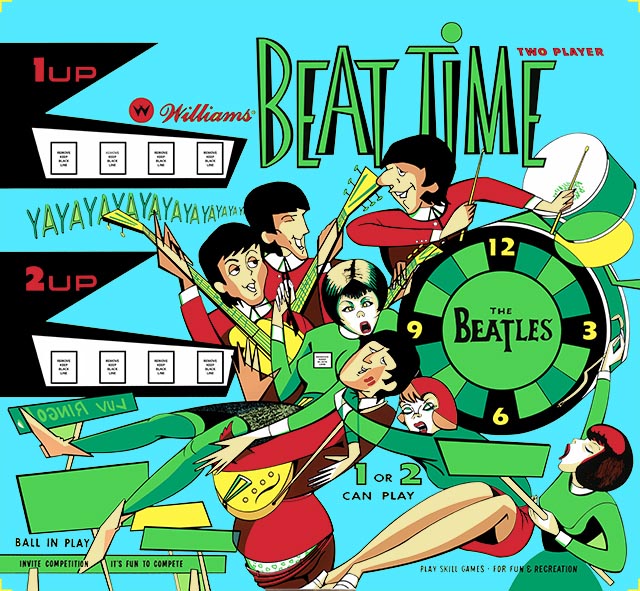