At the time in 1975 when this game was released, they sold more 1975 Williams Space Mission pinballs than any other flipper pinball. So there’s a large amount of these games out there, and it was only a matter of time before someone needed their backglass restored. Though this example was in pretty good condition, the owner wanted something better. So we took on the job, and the results are shown below.

Here’s the original glass. The reds were the main problem (especially in the words “Space Mission”), though any of the backlit areas had begun to flake: 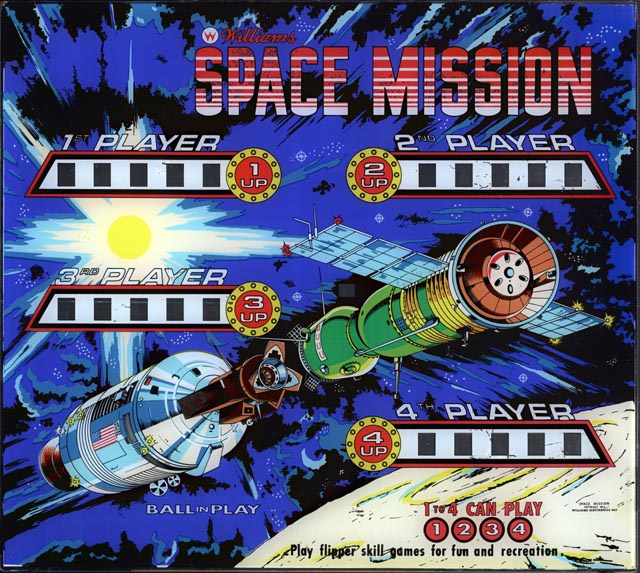 Here’s our restored version, with the reds fixed, and the other colors brightened: 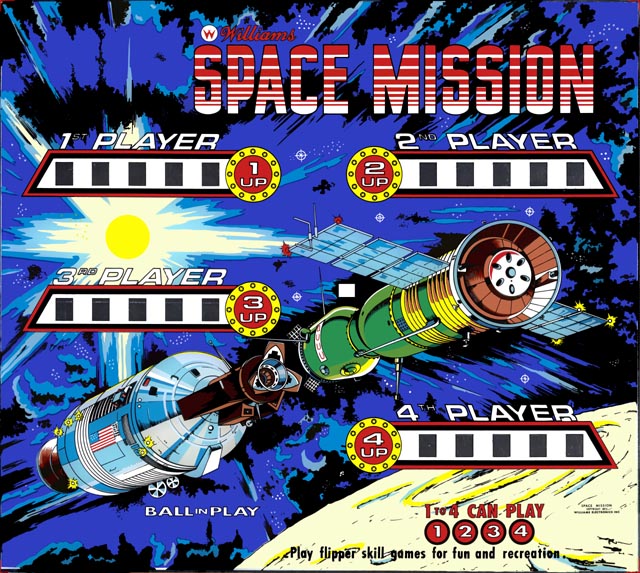 Here’s the back of original glass, which really tells the story… 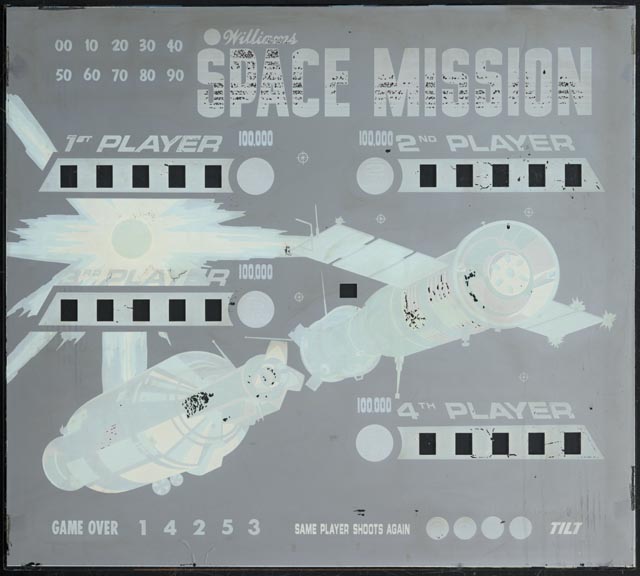 And the restored back: