The 1956 Gottlieb Harbor Lites woodrail pinball is another great game made by Gottlieb. In this case the owner wanted their backglass to match the condition of the rest of the game. He was unable to find a reissue backglass – it is common that glasses get re-made, but then sell out, making the reissue impossible to find. For this reason we were contacted to fix his original glass, which was in fairly poor condition: 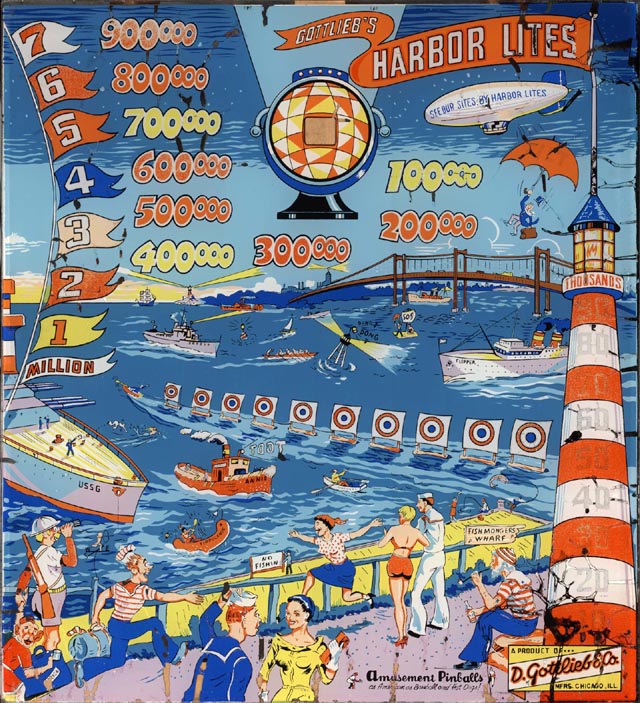 Most of the reds were either flaked or completely faded. Also there was a fair amount of delamination to the artwork in back lit areas. All this had to be re-created in the computer, so the glass could be re-printed. 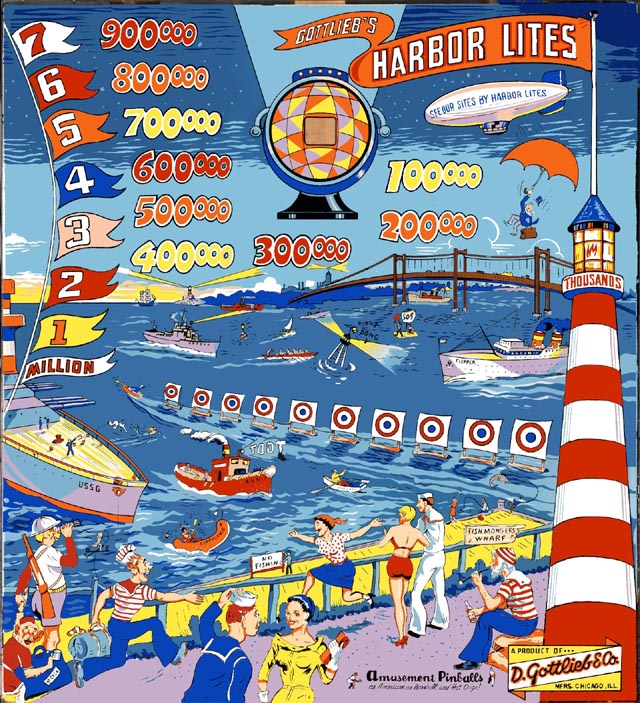 The back mask on woodrail (non-score reel) games is also very important, since using light through the glass is how the game scores. Unlike games with score reels, which use clear windows in the backglass, 1950s woodrails require back lighting to allow the player to see the score. For this reason the back mask layer is very important in the restoration. 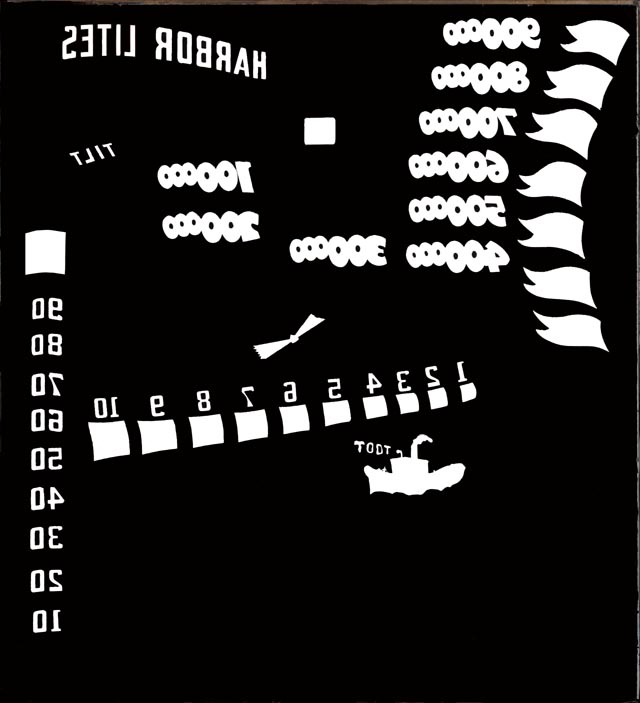